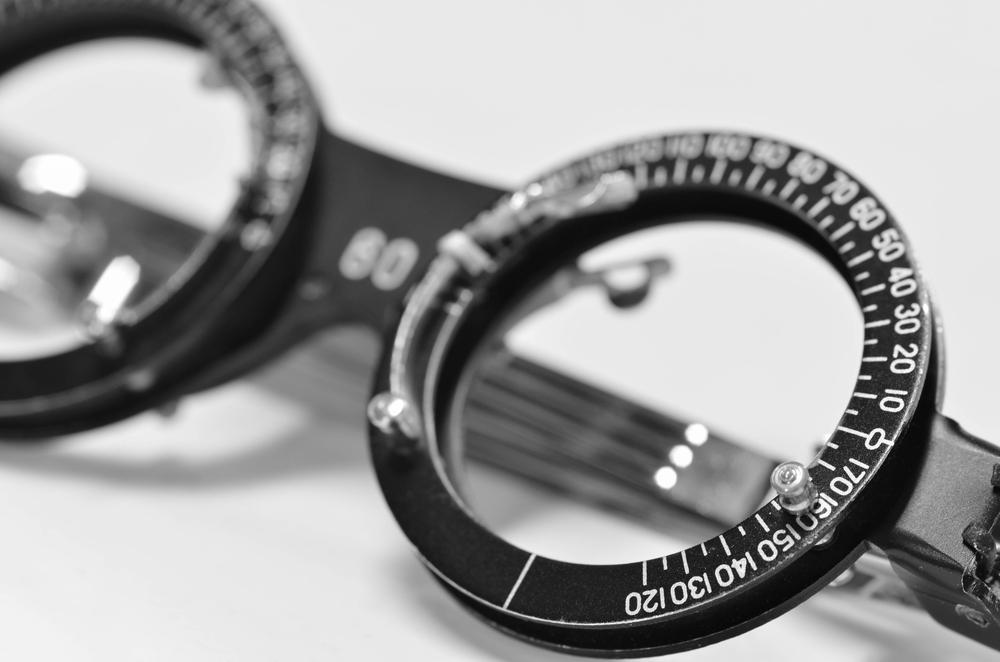 Glaucoma is called “the silent cause of blindness,” since it typically progresses so gradually that you may never even realize you have it until you lose your sight. The experienced team of ophthalmologists and surgeons at KLM Eye MDs in Brooklyn, New York, specializes in diagnosing and treating glaucoma — a group of diseases that damages your optic nerve and leads to vision loss.

If you’re at risk of developing this eye disease that typically affects the older population, here’s what you should know about the two most common forms of glaucoma: open-angle glaucoma and angle-closure glaucoma.

Open-angle glaucoma accounts for 90% of all cases

The most common form of glaucoma, known as open-angle glaucoma, or primary open-angle glaucoma, accounts for the majority of glaucoma cases in the United States. The angle of the eye is the area between the iris and the cornea, and this is where fluid drains from the eye. Open angle glaucoma occurs when the drainage canals in your eyes slowly become clogged. When your eye is unable to efficiently drain fluid, excessive pressure builds up inside your eye.

Over time, this constant elevated eye pressure leads to damage in your optic nerve. If your optic nerve becomes damaged, your brain no longer receives the most accurate information from your eye. With open-angle glaucoma, vision loss is so gradual and so frequently symptomless, you may not be aware that your vision is deteriorating until permanent damage occurs.  The only way to become aware of this condition is through regular eye exams and eye pressure monitoring.

According to research, there’s a strong genetic disposition for developing open-angle glaucoma as you get older. So, if you have a family member with open-angle glaucoma, you have a greater chance of developing the disease than someone who doesn’t have a genetic predisposition. Since there’s no cure for this type of glaucoma, it’s a disease that requires lifelong medications or procedures to regulate intraocular eye pressure and drain aqueous fluid efficiently.

Since open-angle glaucoma accounts for at least 90% of all glaucoma cases, angle-closure glaucoma isn’t nearly as common. However, if angle closure glaucoma occurs in its acute form, it can cause almost immediate, permanent vision loss.

With angle-closure glaucoma, the aqueous fluid can’t drain properly from your eye because the drainage canal is too narrow. In some cases, the canal is completely closed off. If this happens, your eye pressure can increase rapidly, causing noticeable symptoms such as:

Ethnicity and age impact whether you develop glaucoma, and what kind

The medical community predicts that with people living longer, the number of glaucoma cases will continue to rise, since the risk for open-angle glaucoma and angle-closure glaucoma increases with age. Additionally, African-Americans experience more instances of open-angle glaucoma than people of European descent. And the Asian population experiences more instances of angle-closure glaucoma than those of either European or African ancestry.

If you’re in a high-risk category for developing glaucoma, effective, state-of-the-art treatments are available. In the early stages of open-angle glaucoma, treatment may be as simple as using medicated eye drops that improve drainage or decrease the amount of fluid buildup in your eyes. If eye drops aren’t enough to manage your type of glaucoma, laser therapies and surgeries may be the next step.  There are now minimally invasive glaucoma procedures that may be performed at the same time as your cataract surgery.

At KLM Eye MDs, state-of-the-art laser therapies include laser trabeculoplasty, laser iridectomy, and laser gonioplasty, and they’re all on-site procedures. So, if your eye doctor determines that you require glaucoma treatment, you can receive these therapies in our office. Keep in mind that even though glaucoma is incurable, it’s highly treatable, especially when detected in its early stages.

It’s extremely important to schedule annual comprehensive eye exams so your doctor can detect any changes in your intraocular eye pressure and your overall optic health. If you live or work in Brooklyn, call or click online to schedule an exam with one of our highly qualified ophthalmologists. At KLM Eye MDs, Dr.Mogil, Dr. Lebowitz, Dr. Geller and Dr. Szhlechter all take care of glaucoma patients.  Dr. Mogil is a glaucoma specialist, while Dr.Lebowitz and Dr.Geller both perform minimally invasive glaucoma procedures during cataract surgery. 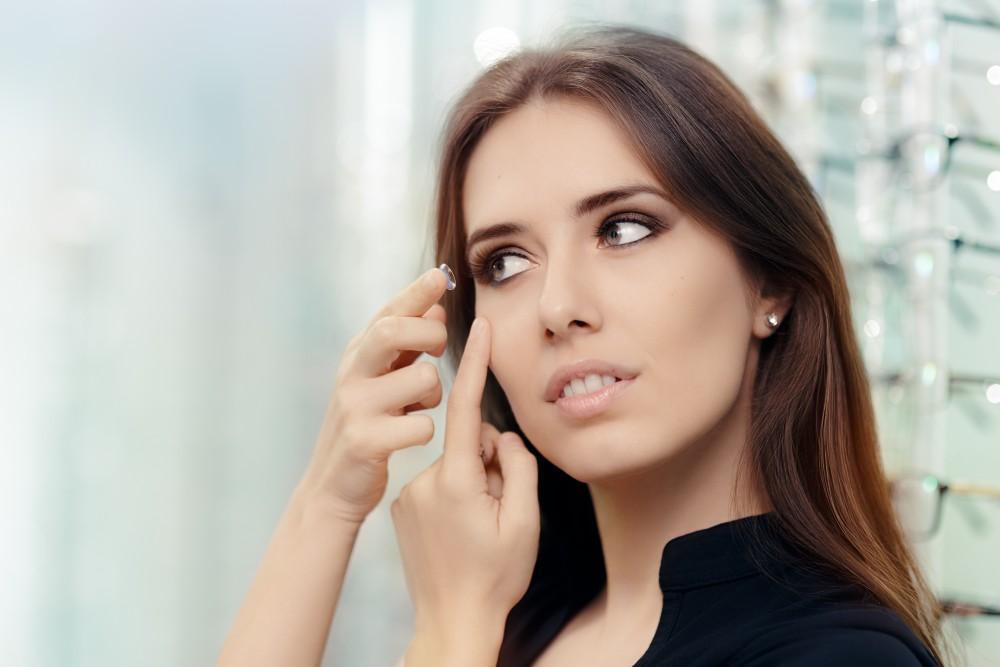 Ready to make the switch from four eyes to two? Get expert tips on the best way to safely and comfortably transition from wearing glasses to wearing contact lenses. 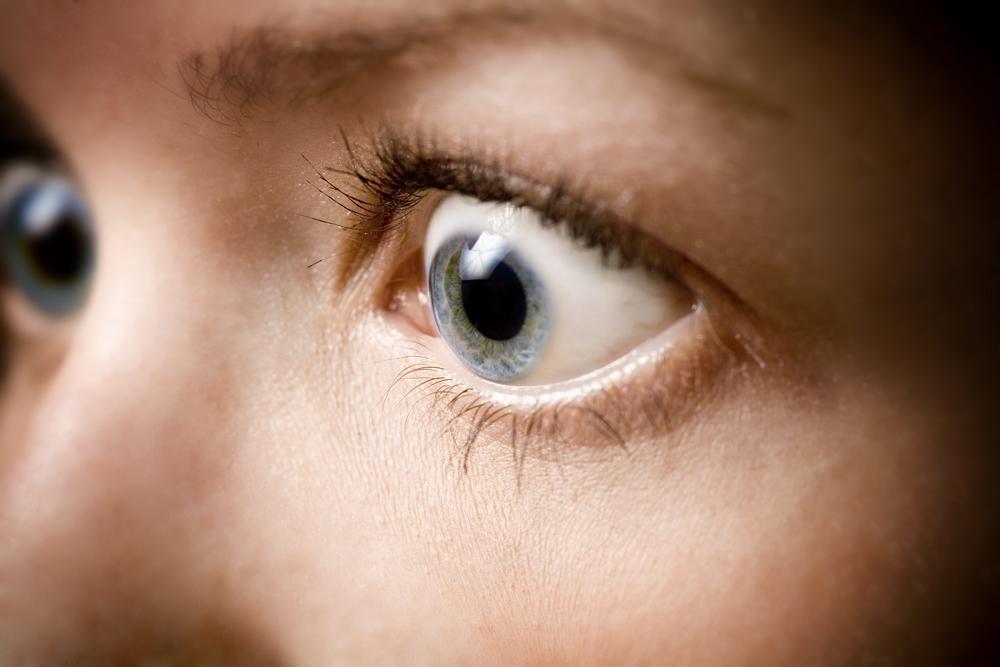 One consequence of diabetes is dealing with the complications. November is Diabetes Awareness Month, so it’s especially appropriate to learn how you can lower your risk of developing diabetic retinopathy, a leading cause of blindness in adults. 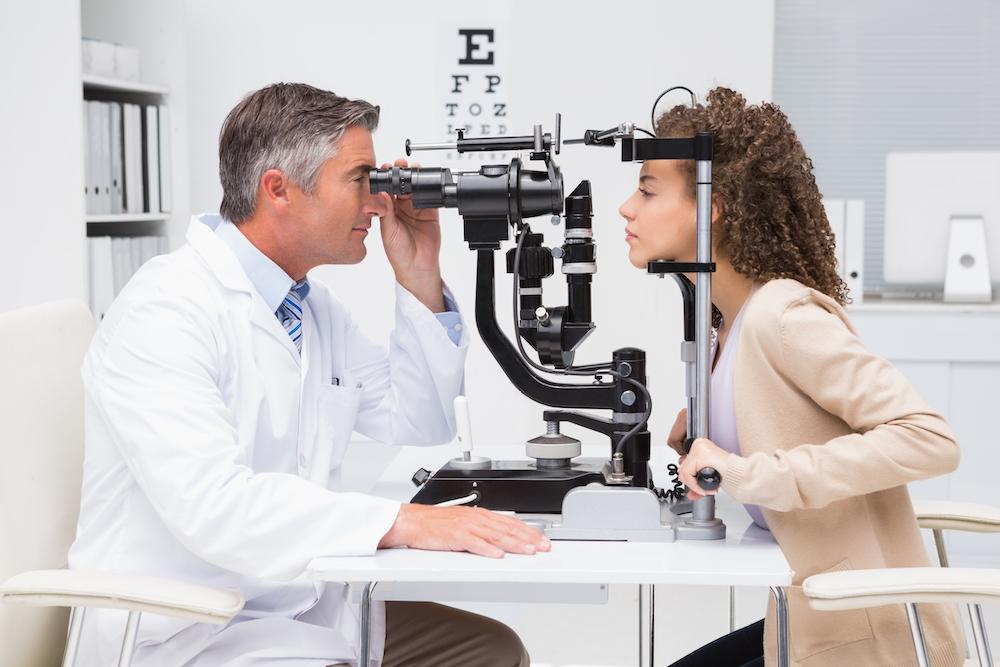 Why Every Adult Should Have an Annual Eye Exam, Even Those Who Have Perfect Vision

Nearly one in two adults in the United States hasn’t had a comprehensive eye exam in the past two years. If you’re one of them, find out why now’s the time to schedule your next eye exam — even if you don’t wear glasses. 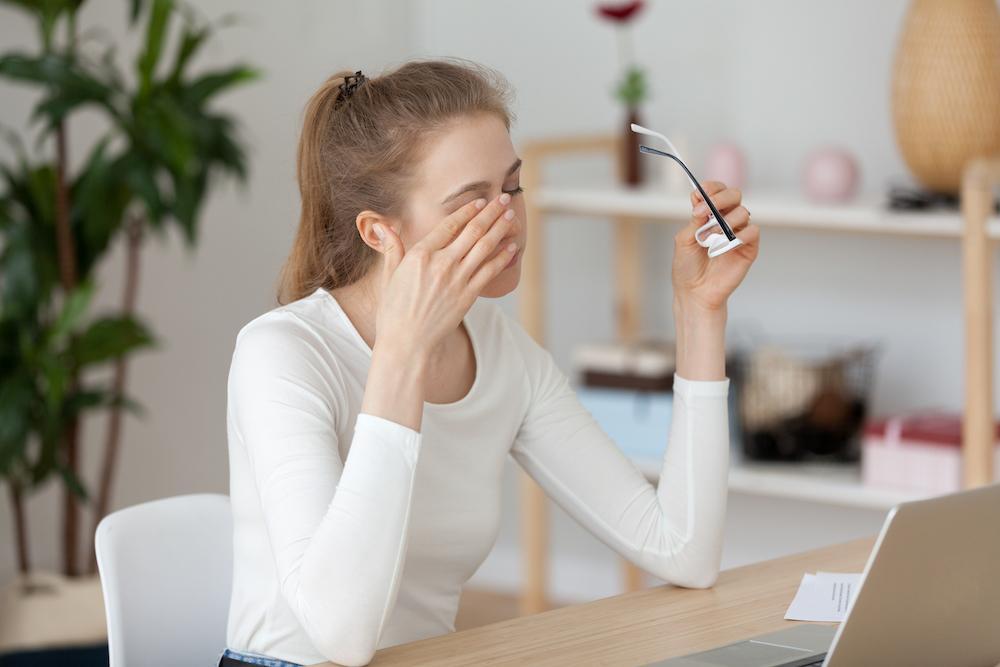 How to Manage Winter Dry Eye

Whether you’re dreading the chill of winter or looking forward to weekends on the ski slopes, winter dry eye syndrome can make life difficult. Take heart! There are ways to control the stinging, burning, and itching that come with dry eyes. 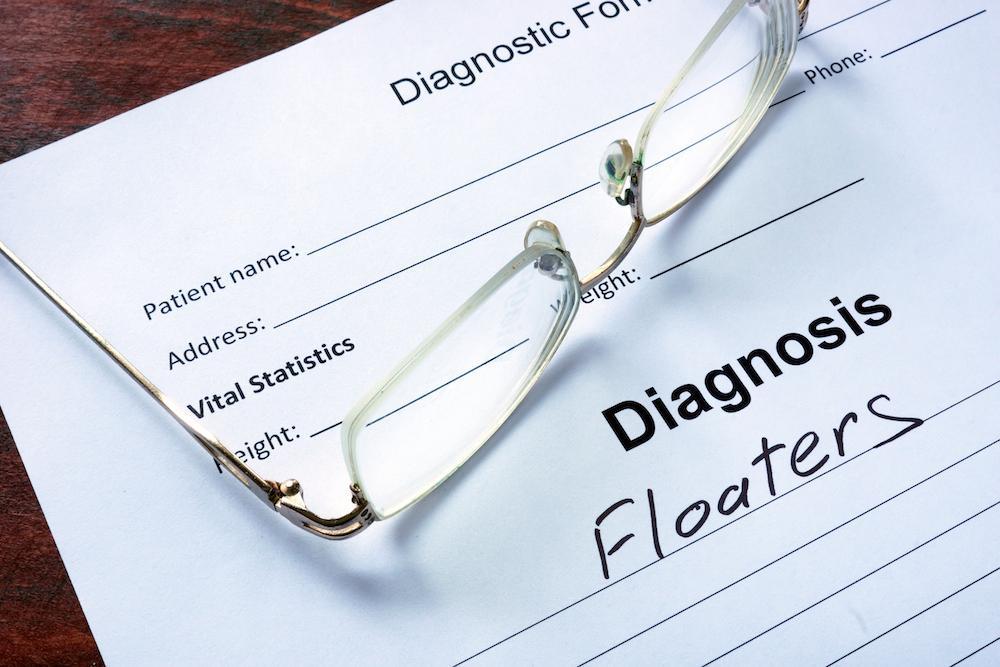 Flashes and Floaters in Your Eyes: When to See Your Doctor

Did you know the tiny specks, web-like strands, and occasional flashes in your visual field may be symptoms of a retinal problem that requires medical attention? Protect your vision. Find out when to see your ophthalmologist and why. 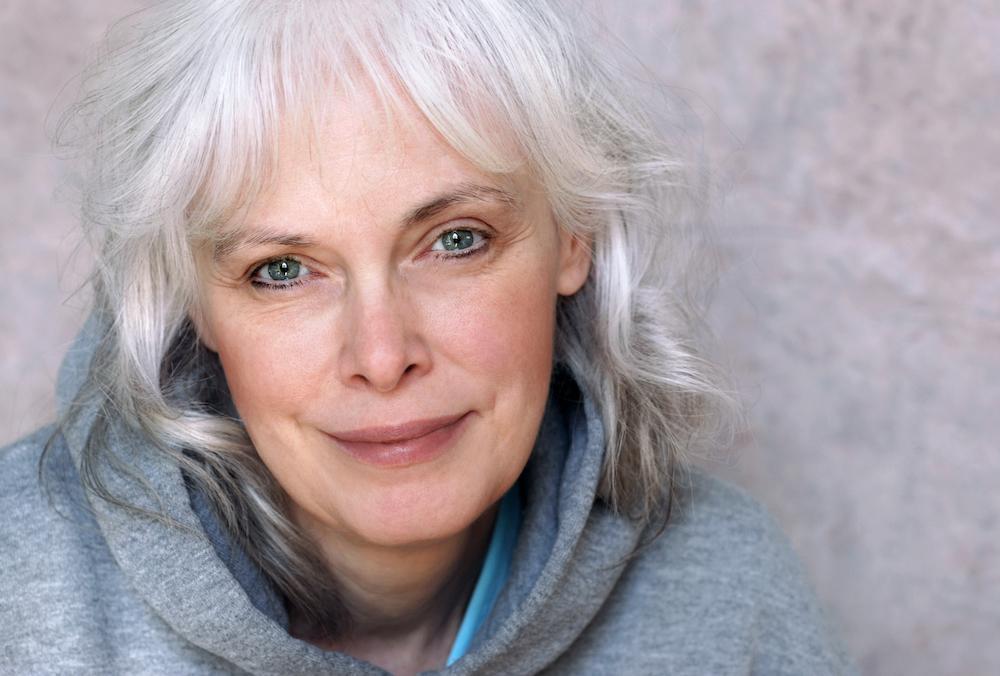 Eyelid Reconstruction After the Removal of Skin Cancer

Getting a skin cancer diagnosis is scary, especially when it develops on delicate areas of your face, such as your eyelid. Fortunately, it’s possible to remove these abnormal growths and reconstruct the area with oculoplastic surgery.